Add some Treats to your Christmas with a 'Réveillon' 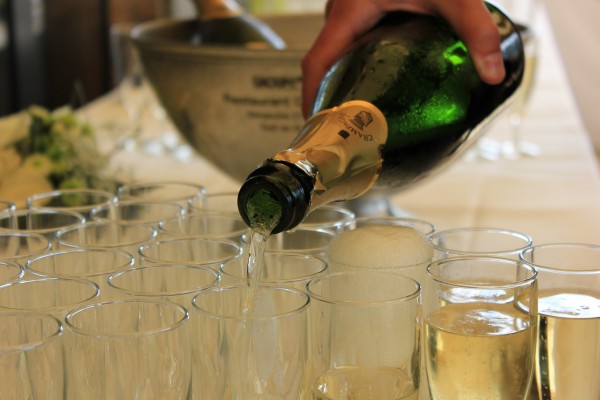 Add some Treats to your Christmas with a 'Réveillon'

You might be dreaming of being in France over the approaching festive period. Those of you who watched the recent episode of ‘Who do you think you are’ following Amanda Holden’s story could have be seduced by the stunning French landscape and dream of enjoying a Gallic Christmas and New Year’s Eve. Although venturing to France for its Christmas and end-of-year celebrations this year may not be possible, you could bring France to you by hosting your own French style Réveillon.

In France, while Brits and Americans might still be out with friends at a pub or bar at midnight on the night before Christmas and the eve of the New Year, many French people celebrate with a meal at home full of luxurious food and drink that traditionally kicks off after midnight. The name Réveillon means ‘eve’ and also comes from the word réveil meaning ‘to wake’ and the occasion really comes alive while people would usually be tucked up in bed. Traditionally French Catholics would attend mass on Christmas Eve, then return home as the clock struck 12pm, with their families and friends to an extravagant meal.

But what makes this occasion so special?

Many of us look forward to the gastronomic delights we might consume around Christmas and New Year wherever we live. Whether it’s ‘pigs in blankets’, roast potatoes, Christmas pudding, turkey or something else, only leaving the table once we’ve gathered the strength to lift our food-filled bodies. The Réveillon, though, the French would say, is a step up. You might be satisfied with your turkey and potatoes but this traditional Gallic event features festive food and drink at its most luxurious. It’s a real treat.

The appetisers (amuse-bouche, translate as 'fun in the mouth')) alone can include oysters, lobster and escargots, while a traditional speciality is turkey with chestnuts (la Dinde aux marrons) you main course might include rich game, like boar or deer. For dessert, a Bûche de Noêl (which could be a chocolate, coffee or chestnut-flavoured log) is the tasty reward. So why not add a bit of continental excitement to have your regular turkey and Brussels sprouts with a Bûche de Noël.

Often the uninitiated will screw their faces up at the idea of eating snails – and foie gras is frowned upon by most – but these are key ingredients to many Réveillon celebrations. If you’re going to serve escargots at your very own Réveillon this winter, remember to provide fourchette à escargots – this is a fork-like cutlery item with two prongs which makes it easier to get the snails from their shells. Have your snails with garlic, of course. To make the perfect French-style escargots you’ll need white wine, parsley, thyme, laurel, onion, shallots, garlic, salt and pepper. You could also add mint and carrot.

Réveillon on New Year’s Eve, also called La Saint-Sylvestre, and takes a different appearance to its Christmas Eve namesake. It’s about having lively fun with friends and family. And if you are in the UK but want to get in sync. with the French celebrations while watching the world famous fireworks in Paris, then why not open a bottle of Champagne at 11pm, which of course is midnight in France? That’s what we do. To keep things simple in terms of wine - food pairing and guests preferences, some hosts go the lazy-classy route, and that's Champagne all the way, from aperitif to pudding, and yes, not only it works, it's divine, and good for the diet allegedly ....

And what better way to cap off the festivities but with a kiss under le gui, the mistletoe? However, this embrace isn’t always romantic. At the stroke of midnight, everyone tends to hug and kiss everyone else, says cheers and throws confetti and streamers, in a communal show of love and affection. Some even make a conga line to mark the occasion.

A home-based Réveillon is often preferred by French families as many restaurants, especially in the capital Paris, are closed before Christmas until after New Year, and the ones that remain open will be expensive. Nevertheless, Paris remains a fantastic place to spend your New Year’s Eve as there are always exciting events happening around the city. The Champs-Elysées and the Eiffel Tower are magical as the clock strikes midnight.

Whether you celebrate at home or in France, food and family are both enjoyed and very much part of the festive season. But if you’re looking for a twist to your normal seasonal spread, why not try out of tips for bringing a true French style Réveillon into your home this Christmas with some delicious French wines from The Great Wine Co, enjoy!