For anyone wanting to move to France for the food, wine and lifestyle (and who wouldn’t?) the department of Rhône ticks all the boxes. With the vibrant city of Lyon at its heart, a generous sprinkling of Michelin starred restaurants and world-renowned Beaujolais vineyards, it is fast becoming one of the most desirable expat destinations in Europe.

Rhône lies in the Auvergne-Rhône-Alpes region and takes its name from the river that runs through it, which converges with the Saone in Lyon before continuing its path along the Rhône Valley to Vienne, Valence and beyond.

The wine industry has made Rhône into a tourist hotspot, particularly as the area is so easy to get to from Paris, mainland Europe and the UK thanks to the excellent motorway network and Lyon  airport. The Beaujolais region stretches across northern Rhône and parts of neighbouring Saône-et-Loire.

The Beaujolais name is well-known after rising to fame in the 1980s as the home of the Beaujolais Nouveau although its reputation has evolved since then and it is now highly regarded as an important region producing fine, light-bodied wines from the Gamay grape. The Côtes du Rhône wine region also begins here, stretching 200km south along the Rhône Valley from Vienne to Avignon.

Lyon is frequently referred to as the gastronomic capital of France. The food of Lyon and the Rhône is rich and hearty with strong flavours and a real emphasis on eating seasonally using local produce. There are said to be more cafes and Michelin starred restaurants per head in Lyon than in any other European city and over the years many famous French chefs have lived, trained and cooked here including Mathieu Viannay, Christophe Roure and one of the fathers of Nouvelle Cuisine, Paul Bocuse.

A key factor behind Rhône’s culinary reputation is the quality and range of local produce available in the vicinity. The cattle breeders of Charolais, the poultry farms of Bresse, the pork, charcuterie and cochonnailles lyonnaises (salt meat) producers of the Monts du Lyonnais and the fishermen of the Saône River keep the cafes and restaurants well stocked with fresh ingredients.

Meanwhile, the vast expanses of agricultural land yield ample seasonal fruit and vegetables. Not only does this unique landscape make this a natural dining destination, it also means there is an excellent balance in Rhône between energetic city life and a more rustic rural tempo.

Out and About in Rhône

Before sitting down to a fabulous dinner with fine local wine, spend some time exploring the great outdoors in Rhône.

As well as being popular with wine enthusiasts, the Beaujolais region also attracts walkers who come to see the picturesque traditional villages and visit the gently undulating Monts du Beaujolais.

Another renowned beauty spot is the Pays du Pierre Dorée or land of golden stone near Villefranche-sur-Saône which gets its name from the golden stone used to build the houses, churches and castles and includes enchanting villages such as Oignt, Ternand and Bagnois. I used to live there, happy days ...

The Monts du Lyonnais, which form the eastern foothills of the Massif Central, are another area that is very popular for walking and cycling and is home to many more pretty towns and villages, the largest of which is L'Arbresle with its landmark castle fortress.

If you plan your day well, you will have time to stop at one of the many local markets whilst you are out exploring to stock up on your own selection of gastronomic delights to enjoy in the comfort of your Rhône home.

Latest Tweet
French property buyer's #TipoftheDay Find out what mains services are linked to the property to give you a good ide… https://t.co/InOZ7NF6vd
my-french-house 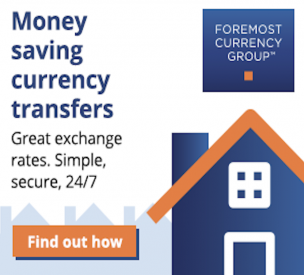